Polymer nanoparticles (PNP) are popular candidates for drug delivery due to their small, well-controlled size and ability to tailor their structure both physically and chemically. The ability to tailor their surface chemistry is the key for drug delivery and uptake to prevent the body from rejecting foreign bodies it does not recognize. In this work, the authors have synthesized polymer nanoparticles from polyethylene glycol (PEG), a biocompatible polymer. They modified these nanoparticles to facilitate binding to the desired cell and to include a drug incorporation site.

PNP’s can be synthesized in a variety of sizes from 10-1000nm, requiring nanoscale methods such as scanning probe microscopy for sizing and morphology measurements. Using a TT-AFM (AFMWorkshop) operating in vibrating mode under ambient conditions, the authors successfully characterized both the shape and size of their polymer nanoparticles synthesized from polymers of different molecular weight. The sample preparation was an important step in producing well-dispersed samples that could be analyzed with AFM.. The authors measured both the topography channel and the phase channel (bottom) to characterize the size and shape respectively of their polymers, finding spherical particles with an average diameter of 200nm. Full results can be found in the reference below. 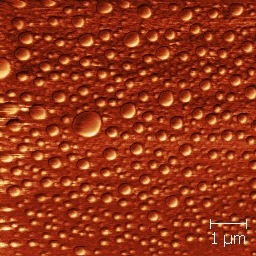 Demonstrating important biomedical applications such as drug delivery and enzyme encapsulation, amphiphilic polymers are a class of polymers that contain both a polar and nonpolar component. In order to improve their biocompatibility and biodegradability, it is preferable to make these polymers from natural components. Here, the authors designed and synthesized biocompatible polymers from the natural building block of sucrose-containing polymers since sucrose is a cheap and easily available molecule with significant opportunity for chemical modification.

A TT-AFM (AFMWorkshop) operating in vibrating mode in ambient conditions was used to image the resultant polymer films. As always with atomic force microscopy, good sample preparation technique was key to make suitable surface for imaging. A dilute dispersion was deposited on freshly cleaved mica and allowed to dry thoroughly. The AFM was used to characterize the morphology of the films and the ability of these polymers to self-organize into structures and nanoparticles on the surface. As can be seen in the images below, the AFM images revealed that one class of polymers (polymers 19, 20) had poorer self-organization ability than another class of polymers (polymer 21, 22). Some polymers formed uniform films (polymer 20, 22) while others formed nanoparticles of dimensions 70-140nm (polymer 21). Full results can be found in the reference below. 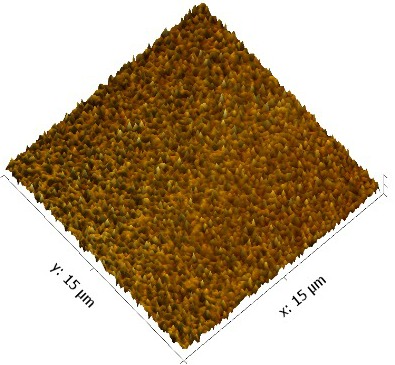 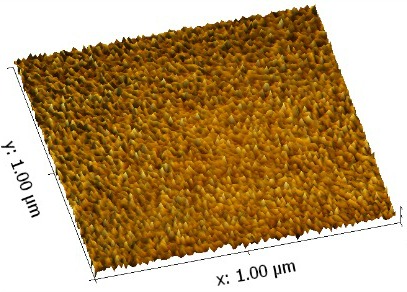 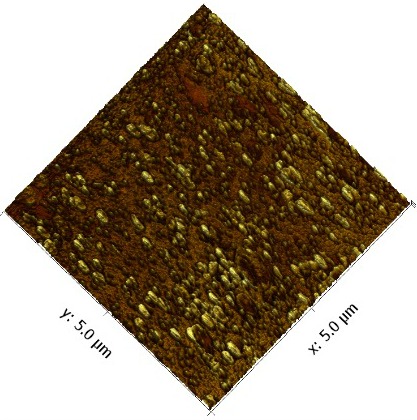 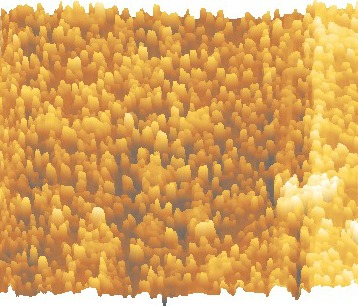 Poly (3-hexylthiophene) [P3HT] is a conducting polymer that can form well-ordered films and structures with important applications. For example, P3HT nanofibers have promise for integration into optoelectronic and photovoltaic devices. The structures that P3HT ultimately form will depend on their behavior in the liquid solution that is ultimately used to form the films. The effect of different process conditions such as solvent evaporation and solvent-solvent interactions on the formation of the film are still poorly understood. In this work, scientists use tapping mode atomic force microscopy conducted with a TT-AFM among other techniques to study the morphology and structures of P3HT films formed in a variety of solvent mixtures. The authors see a variety of P3HT structures formed, depending on the particular solvent blend and different evaporation conditions. Certain conditions favor formation of a woven fibrous structures (image below, left), where the fibers measure 6-9nm wide, an average height of 6.8nm, and a surface roughness of 1.8nm. These dimensions help the authors figure out the orientation of the P3HT nanofibers. A different set of processing conditions yield a very different dot-like P3HT surface structure (below, right) or even islands (below, middle). Full results can be found in the reference below. 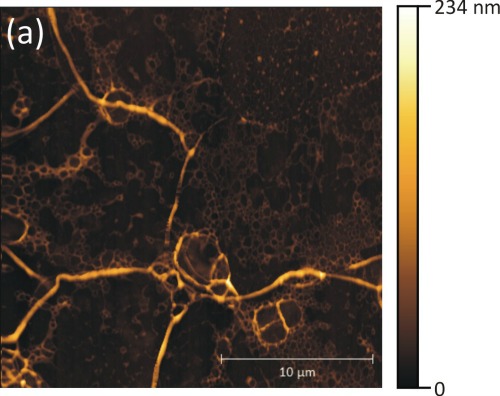 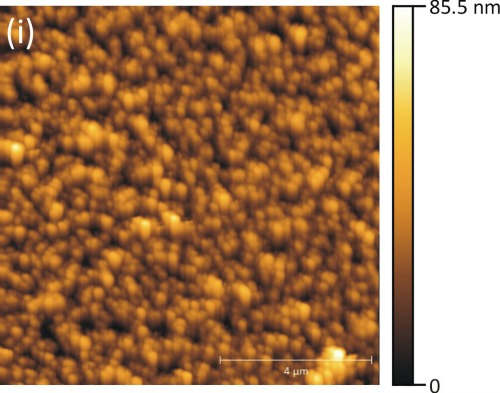 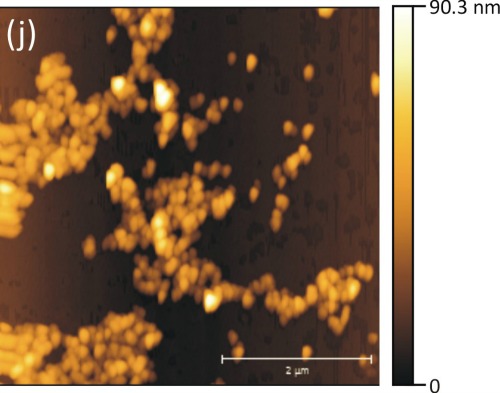 Polymer-based nanoparticles are popular candidates for drug delivery due to their small, well-controlled size and ability to tailor their structure both physically and chemically. Making the polymers from naturally derived products significantly enhances the biocompatibility and biodegradability of these materials, important advantages for applications in the human body. However, naturally derived polymers such as polysaccharides, popular candidates for drug delivery, are difficult to modify structurally for specific applications. By modifying synthetic polymers with naturally derived moieties, the best of both worlds can be brought together for these important biomedical applications. Here, the authors achieve this goal by cross-linking a synthetic polymer (styrene) using a naturally derived component (sucrose) as the cross-linker.

Atomic force microscopy with a TT-AFM was used to characterize the resulting polymer microparticles and the effects of processing such as particle concentrations, solvent, and drying conditions. Both polymers investigated did form uniformly shaped microparticles. One polymer formed more spherical beads (left) with a characteristic size of about 400nm when dried under vacuum, while the less densely cross-linked polymer (right) formed variously shaped clusters of microparticles with a much larger size. Full results can be found in the reference below. 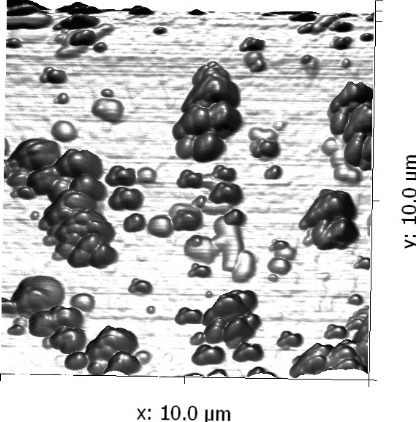 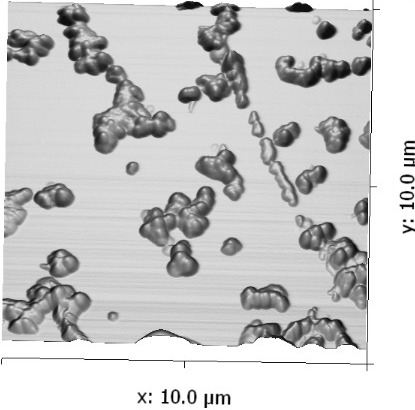 If you would like to learn more about using AFMs to characterize polymers, polymer blends, and polymer composites with nanometer lateral resolution, you may be interested in attending AFMWorkshop's May 10-11, 2016 Polymer Characterization Workshop, led by Dalia Yablon, Ph.D.