The performance (or resolution) of an atomic force microscope (AFM) depends on where the microscope is located. This is because all locations have sound and structural vibrations that can degrade the AFM’s performance.

In the vertical direction (z), the resolution of an AFM depends on the ability to stabilize the position of the probe above the surface. This can be understood best when considering the ability to maintain a fixed relationship (or distance) between the probe and sample when not scanning. 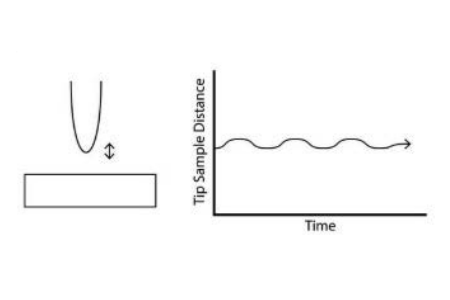 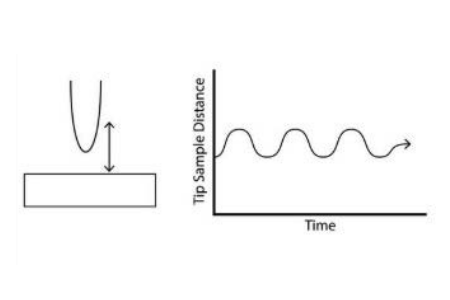 When the probe is not being scanned across the surface, if the probe moves relative to the sample, the resolution will be degraded.

The larger the relative motion, the lower the resolution of the AFM.

Both noise and structural vibration can cause unwanted vertical vibrations to occur in an AFM, and thus degrade its resolution. The same AFM will have differing resolutions, depending on where it is installed.

1.2. Getting the best AFM Resolution

There are two primary issues to consider to get the highest resolution AFM images*:

1.3. The effect of vibrations in AFM images 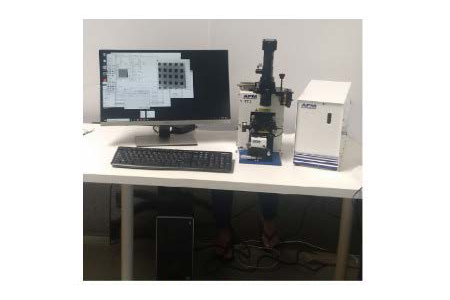 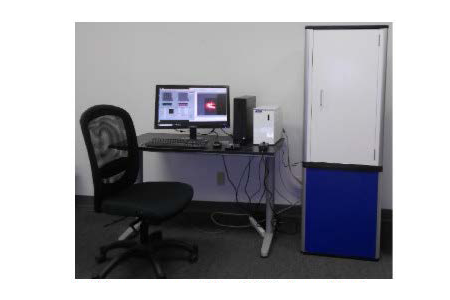 When the AFM is sitting on an unstable table, the rather poor image below is measured.

For this measurement the AFM is in cabinet with sound and 1 structural vibration damping.

Below is the same image of a test pattern measured on a table with no vibration isolation, compared to the image measured in an acoustic vibration enclosure having a passive vibration table. 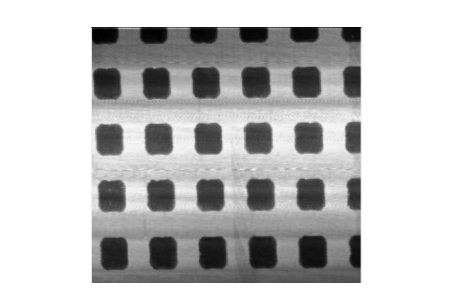 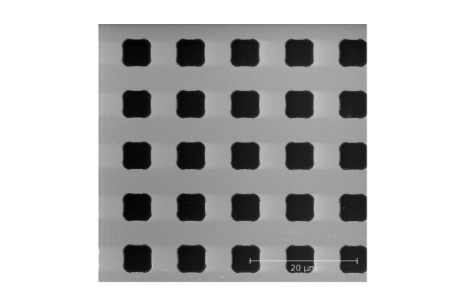 When a clapper strikes a bell, you hear a sound. That is because the energy of the strike creates a vibration in the bell body, then the vibrating body creates a sound wave that is carried by the surrounding air. Finally, the sound wave causes a membrane in your ear to vibrate and a signal is sent to your brain, and you then “hear” the sound.

In a similar fashion to the membrane in your ear, the structures in an AFM stage respond to sound waves. Sound waves at specific frequencies are absorbed by the stage and cause the probe and sample to vibrate out of phase, and degrade the AFM’s resolution.

Noise can come from a myriad of sources. Outside traffic, AC fans, and conversation to name a few. All sound is not created equal. Higher frequencies sound does not excite the microscope’s structure as much as lower frequencies. A high pitch sound won’t affect image quality as much as a lower mid frequency. The specific frequencies that are problematic depends on the specific AFM stage. Each AFM stage absorbs sound at different frequencies.

Fortunately, there are smartphone apps that can measure sound levels. The output of the apps are in dB versus time. The lower the dB level, the better. Below is an example of the output of a sound app for three different sounds. 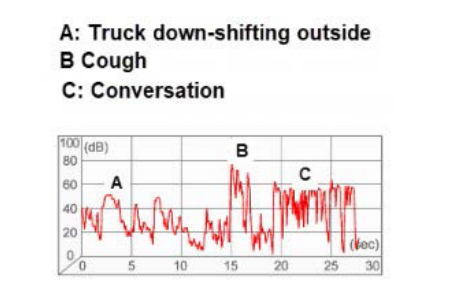 If possible, install the AFM in a location where the sound level is always far below 20 dB. 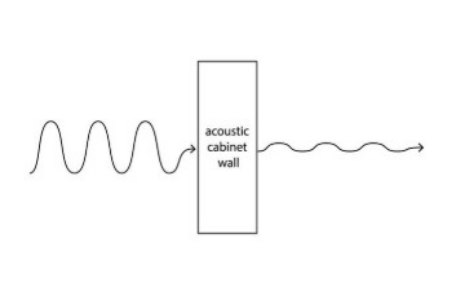 The wall of the acoustic cabinet attenuates the amplitude of the sound noise, but does not eliminate it.

Just as air transmits sound waves, mechanical structures can transmit vibrations. As an example, when a large airplane lands at an airport, you can often feel the terminal building shake. This is because when the plane touches down, it causes the runway to vibrate, and the vibration is transmitted by the earth to the terminal building, and the building vibrates.

Similarly, structural vibrations can be absorbed by an AFM stage and cause the probe to vibrate out of phase with the sample, and degrade resolution.

The best resolution with an AFM is achieved when the AFM is located in a room with minimal structural vibrations. The following is a guideline for where to place the AFM:

A building can also be a source of structural vibrations. For example, tall buildings sway back and forth, and floors in buildings can vibrate up and down. The amplitude and frequency depends on the thickness of the floor and the distance between structural uprights. 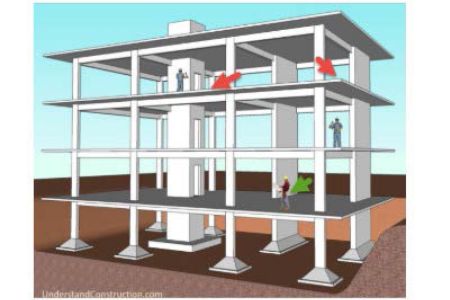 If a building like the schematic above has AC on the roof and an elevator shaft, the two red arrows would not be preferred placements. The green arrow indicates a potential advantageous placement (first floor by a shear wall).

The best placement for an AFM will likely be the basement floor in the center of the building. That is not always an option, therefore, think about ways to place the AFM Workshop instrument as far away from the vibration sources mentioned above.

The type of table that the AFM is placed on is also important. The table must have a strong support structure and a very thick table top. If the table shakes easily, it is not a suitable table for an AFM. 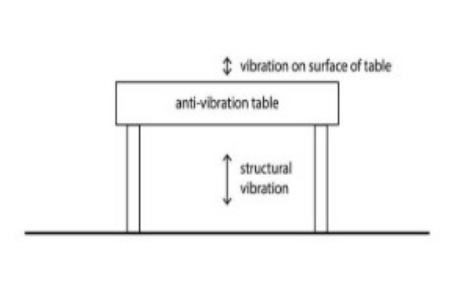 There are two types of anti-vibration tables: active and passive. Active tables have a sensor that measure vibrations, and useshas active motion generators to cancel out the vibrations. Passive tables use a spring like material to dampen vibrations.

The most successful type of anti-vibration table for an AFM is the bungee cord support. In a bungee system, the AFM is placed on a platform that is suspended by bungee (elastic) cords. The longer the cords and the heavier the suspended plate, the better the vibration isolation. 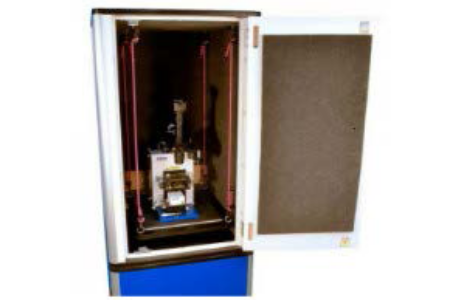 TT2-AFM supported on a platform that is suspended by bugee cords.